Integrating Chicks Into An Existing Flock 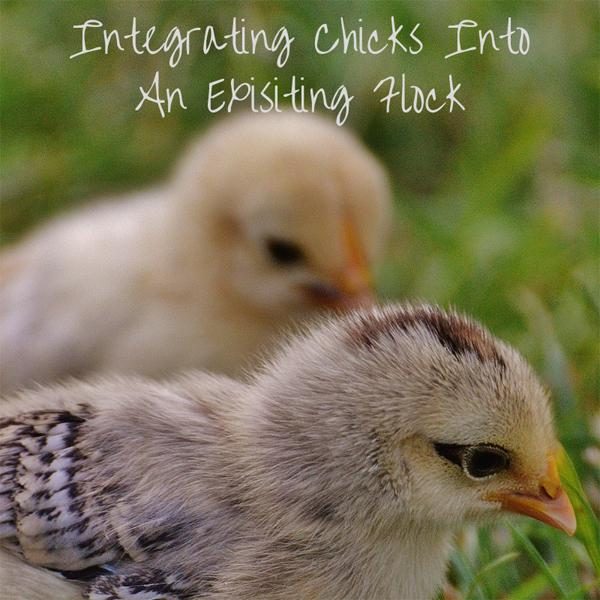 A few months ago we bought three new chicks to add to our existing flock of three. One passed away, see post here. So that left us with 2 chicks and 3 hens to integrate. As this is only our second year with chickens, it has been a bit nerve wracking trying to get them all to coexist.

Last year when we integrated chicks and hens together, we waited a bit longer than we had originally intended. We also threw the chicks and hens together after a much shorter introduction period. While things worked out, it was pretty stressful on us brand new chicken owners. We had bought our original chicks in April and a few months later bought a couple more. Out of the 6 we bought last year, 3 turned out to be roosters. This year, we only bought pullets. Nothing straight run.

Once the chicks were about a month old and the weather was nice, we started taking them outside to have some play time. We placed the chicks and hens where they could see each other. The chicks went into an old play-yard that was covered with plywood.

The older ladies were very vocal the first few times we took the chicks out. They got even louder when we moved the play-yard closer to the coop and run. The idea with taking it slowly was that they would have more time to get used to each other. With hopefully less trauma to the chicks when the final integration happens.

Anytime I have questions about our chickens, I love to consult the Backyard Chickens forum. It’s where we got the idea for the play-yard last year and where we continue to get ideas or help with our chickens. It’s a wealth of information!

Eventually, we moved the play-yard into our run. This allowed for more daily interaction between the chicks and hens. It also got the chicks out of our spare room because they kept escaping the brooder box, despite it being covered. I went in one day to find a chick on the bottom bunk! Talk about a shock.

On a particularly nice day, we grabbed some meal worms and brought the chicks out of the play-yard. The meal worms were more of a distraction for the older ladies in the hopes that things would go more smoothly. Which they did, for awhile. The hens that I thought would be a problem turned out to be completely unphased by the chicks. Our olive egger Lilo on the other hand, was not particularly happy about these newbies. She is on the bottom of the pecking order, so I suspect she has to make sure these gals now they are beneath her. 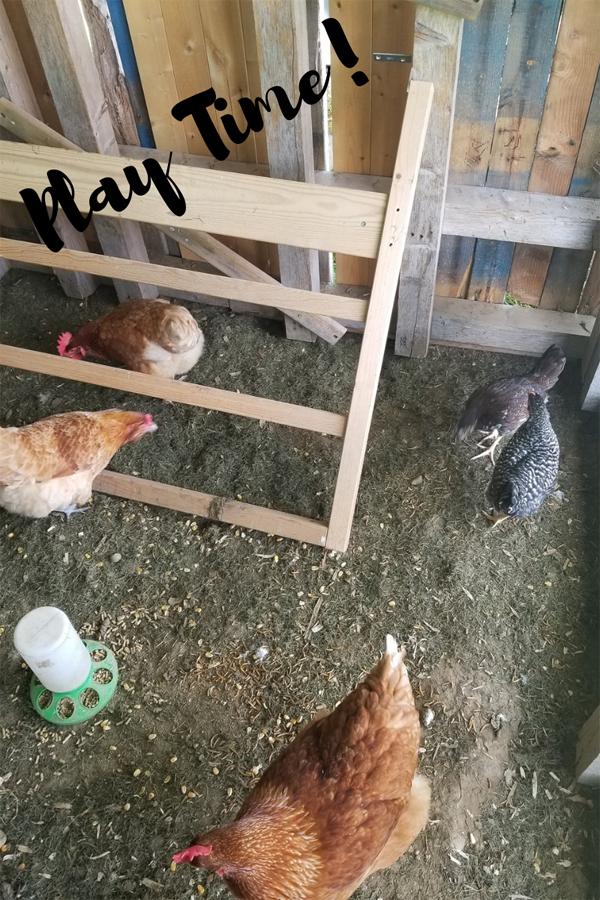 Well, the chicks have been separated in the run for about two weeks now. Unfortunately, do to the weather they have not had much more playtime with the older ladies. It’s hard to be in the backyard keeping an eye on things when it is pouring down rain and windy. I know that doesn’t sound very homesteader like of me, but Wildchild is only 4 and would want to be out there with me the whole time. I don’t need him to get sick along with me. That would be miserable lol.

This weekend, we are planning on having the chicks hang out with the older gals for as long as we can manage. It is supposed to rain all weekend (boo). With everybody home for the long weekend, we can manage better. I am sure NotSoLittleDude would love to hang out in the run with all the chickens. After all, he begged for 6+ years for them.

I am crossing my fingers that they will all get along this weekend so that we can take the play-yard out and the chicks will be able to sleep in the coop. These chicks will be laying in about three more months and soon I will be swimming in eggs.

Do you have chickens? How have you integrated new chicks with your older hens? Let us know in the comments because we could always use more tips in our arsenal!