Loss On The Homestead 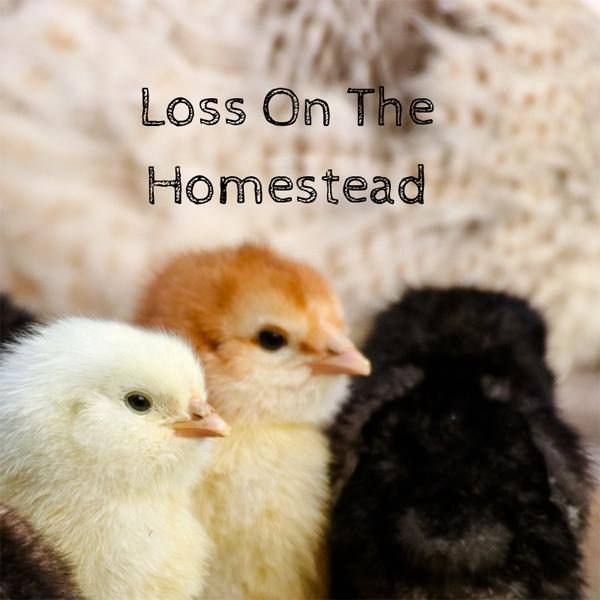 As I am sure you noticed, I wasn’t able to get a post up at our regularly scheduled time. That’s because our special needs Ameraucana chick started heading downhill. You’ll remember from our previous post here, that she had an overgrown beak we had to trim. We took the chicks outside for the first time last week and we noticed how much lighter she felt than the other two. The next day, when we went to take them outside, we noticed she was not very active.

I scooped up this little chick and started to give her some sugar water by syringe. I also tried a little bit of applesauce as well. She seemed to perk up a smidge, so I placed her back in the outside playpen. Her little chick friends had been calling for her the entire time I was trying to syringe feed her. I noticed she was pecking at the grit and grass, so I thought maybe she was doing a tad bit better.

I watched her off and on that whole day. Taking her out every once in awhile to give her some more nutrients by syringe. Once we decided to take them in for the night, I gave him some more syringe feeds and tried to file her beak down a bit more with a nail file. I think if it wasn’t for the strange growth, we might have been able to save this chick.

We had named her Buckbeak. I took this picture in between feedings to show the growth

I am still not sure what that growth was. We couldn’t see much when we could get her mouth open and it would pulse every time she swallowed. It almost felt like a little bone was in it, but it was slightly soft as well. This is only our second year with chickens, so pretty clueless still. We tried our best though and that’s all we can do.

Aaron woke me up this morning to let me know that she had passed. That was why the 2 remaining chicks were chirping so much, they were calling for her. He had placed her in a bag and saved her to bury when he gets home from work. 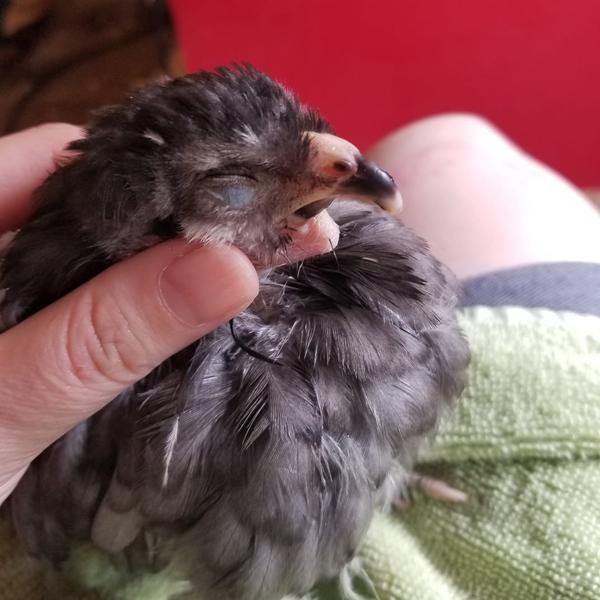 Wildchild woke up while Aaron was telling me this and we had to tell him as well. Our morning routine right now starts with us going to say good morning to the chicks. This was his chick. He claimed her when we picked her out. It was his only his second loss of a pet and he was pretty upset over it.

When we started noticing she wasn’t developing correctly, we had explained to him that she was a special chick. As soon as she started going downhill, he was involved in helping me with her syringe feeds. I had him get a dish to squirt one of his applesauce packets into. He also remembered exactly where a syringe was and brought that to me. So, he had an idea that something was up.

The parenting style Aaron and I practice is all about honesty and gentleness. We explained things in a developmentally appropriate way for an almost five year old. He knew what had happened and helped us bury her when the time came.

My biggest tip would be to always be honest. If you are religious/spiritual, use whatever your faith suggests to help explain things. Wildchild didn’t ask questions that would lead us down that path, but as a pagan leaning family we would have used that in our explanations.

It really sucks to have an animal pass on the homestead. Hopefully it’s a long while before we experience that again.