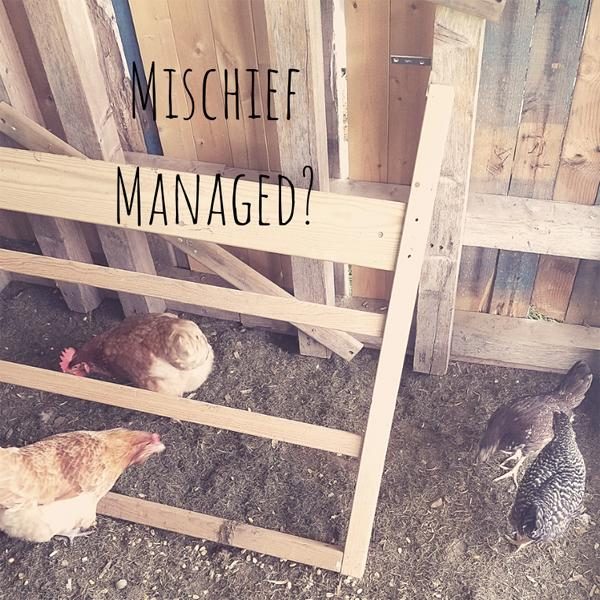 *This post may contain affiliate links, as an Amazon Associate I earn from qualifying purchases. Don’t worry though, you won’t be charged extra and your purchases help fund our adventures. *

In our last post, we talked about how we were working on integrating the two new chickens into our existing flock. Well, they are fully together now. However, we have run into some issues that aren’t about them all getting along. If you are wondering how we manage it all, keep reading.

While we do have a few instances of them working out the pecking order each day, there is not nearly as much chasing and pecking as their was at the beginning. The chicks pretty much keep to themselves at the moment., which seems to manage the fighting well. I foresee that changing once they do get to be around the same size as the older gals.

The first issue we ran into shortly after fully releasing the younger ones into the run full time was our Olive Egger Lilo, going broody. She was the last hen I expected to go broody as 1) she is not a very consistent layer and 2) she is crazy. I mean that lovingly, but she is definitely a quirky chicken. For those that don’t know what going broody means, here is a nice link from My Pet Chicken.

This made things slightly difficult because she did not want anybody in the coop. She would growl at us like a raptor when we opened the coop door to check on her the first day we noticed her refusing to come out. It sure made gathering the eggs over the next couple of days quite adventurous. Sadly, we do not have a Rooster so her being broody was pretty useless. We just made sure to remove the eggs every day. This just made her become a guard chicken, hanging out all puffed up on top of the coop. If we hadn’t just got these two chicks, we might have tried to find someone with fertile eggs to let her hatch a clutch.

These next couple of issues with the chicks all happened this week and let me tell you, I am beat from the two adrenaline rushes these little mischief makers caused! Two days ago, I went out to gather the eggs after finishing up my morning routine. I check on everyone before I go to the nest box and grab them. Looking into the coop, I could see our older gals scratching and pecking around, but I couldn’t see the younger ones at all. I could hear them though. I just figured they were in a spot I just couldn’t see.

Well, I go to grab the eggs and happen to lean a little to the left and what do I see?! The chicks have escaped the run, I have eggs in my hands, and the dogs are outside with me! I was sorta freaking out because I wasn’t sure how I was going to manage getting these chicks back in the coop, keep the dogs away, and not let the other ladies out. I called my husband and work and kinda just yelled at him that they were out. Probably not my finest reaction cause, what was he going to do? Obviously my brain just needed a few moments to process how to manage everything. 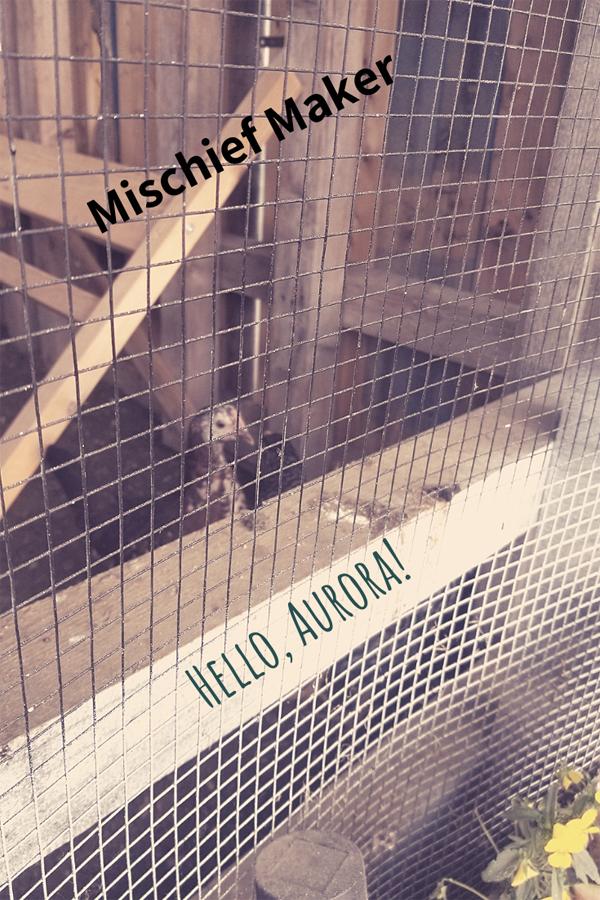 It took me a bit to get these little buggers because they were behind some pallets, behind the run, and there was only a little bit of space for me to maneuver because of our fence. Plus, they were not happy about being grabbed at all. So picture me out in my backyard, trying to keep the dogs back, bent over all awkward and trying to grab a chicken. Meanwhile, I am trying to get Wildchild to get some sort of treat to lure the dogs back inside. HE. SHUT. THE. DOOR. I was frustrated, but also quickly realized how hilarious it was. He’s lucky he’s so cute and helpful in other ways.

Luckily, I was able to manage it all and just shoved them back in to the run via the nest box on the coop. That way none of the older ladies got out, the dogs didn’t get in, or massacre the newer chickens. It took a little while to calm down after that adrenaline rush, which was shortly after I finished a pretty intense cardio workout. Let’s just say I was less than thrilled for a bit after it.

You’d think that would be the end of the adventures with these chicks. You’d be wrong of course. The very next day they got into an even bigger pickle than I would have imagined. Fortunately for me, Aaron was home for this one.

We still have no idea how they did it. Somehow, they got stuck where a bunch of posts meet up and our Barred Rock was upside down, stuck behind some wire. I would’ve taken a picture, but I set my phone down on my way outside to check things. Aaron had noticed movement in a weird spot of the coop, so that’s why I went out. I shouted for him when I realized the chick was stuck. Once again, the dogs were out with me because they just barrel past me when I open the back door. We are definitely going to be working on that now.

Anyway, we were able to get this chick safe relatively quickly by pulling off the hardware cloth and gently pulling her forward and out. Which was such a relief since she was upside down. Our Speckled Sussex on the other hand required a whole level of extraction we were not necessarily prepared for. Not because we didn’t have the tools, but rather the fact that we didn’t think we would have to deal with a situation like it.

She had gotten her wing stuck between a 4×4 post and the outer boards of the coop. When we originally started to try and get her out, she decided to go upside down a bit as well. Just not in the same spot as her sister. Ugh. Both Aaron and I had to work together to pull boards off, while making sure she didn’t get hurt. He ended up using a crowbar and a hammer to get it all done. While I was trying to hold her in place to keep her from getting wedged in their further.

When we originally built the new run, we weren’t really thinking about getting new chicks. We had briefly discussed it before actually getting them, but figured by the time they were outside they’d be too big for any trouble. Boy were we wrong on that.

After getting everybody rescued and taking a moment to regroup, we started putting things back together and closing off the area where they had gotten stuck. We also put up other boards and some opened feed bags up as well. This was in the hopes that it would deter the little mischief makers from finding anymore spots to get stuck, or escape again.

So far, it seems to have worked. We now have a plan to make some improvements inside of the run to prevent this from happening again. Should they manage to find some new mischief to get into, I will probably end up pulling my hair out. I am not sure if it’s their breed, the fact that they are still pretty young, or what. We just did not have these kinds of issues last year.

I am sure we will manage just fine once they are a bit bigger, but until then, I will be watching these mischievous gals quite closely.