The Most Unexpected Blessing 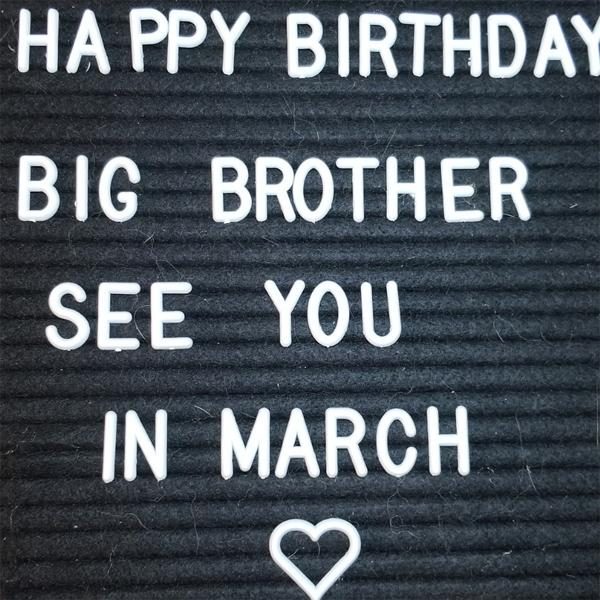 Aaron and I have intentionally not shared about our struggles to conceive our second child on the blog. We had already been blessed with two wonderful boys in NotSoLittleDude and Wildchild that it seemed silly to talk about the struggle to get pregnant on here. Plus, we didn’t want the focus of our blog to wind up solely talking about our fertility struggles.

Not to mention that since I am not covered by insurance, we couldn’t really go to the doctor for any testing. Well, Aaron could’ve since he has insurance but you need to test both parties in order to come up with an effective plan.

Anyway, I have always tracked my cycles with Fertility Friend and had a general idea of when I was fertile. So we just planned around that. Except, nothing happened. Which after like six months was so crushing because we had only tried for two months to get Wildchild. I was working out, eating a mostly clean diet, etc. It shouldn’t be taking this long! I even tried taking Vitex which has worked for a bunch of people I know. Me? Not so much.

So, when this summer rolled around we had pretty much decided to just give up. We’re getting old (come on, 35 feels old and you know it). Wildchild is about to turn five. We have so much to be thankful for already. Apparently, the universe had other plans.

I started to feel sick just before my cycle was due, which is totally normal for me and so not helpful when wondering if you’re pregnant or not. Only problem was, my cycle never showed. Also nothing new, I had been late a few times over the last year of trying so no biggie. That was until I hit 12 days late. I was so incredibly nauseous and tired that I was begging Aaron to work from home that day. On his way home I had him stop for more ginger ale and for the hell of it, a pregnancy test.

I decided to take the test at like two in the afternoon just to get it over with and get that negative. That way I could stop stressing out and just relax and tell aunt flow arrived. I took the test, and started getting ready for a shower while waiting for the rest. So, the shower is running and now I am naked. Waiting. Imagine my absolute shock when it read “PREGNANT.”

I immediately opened the bathroom door and started shouting for Aaron to come up to the bathroom. Which means the Wildchild came up too because, well Daddy wanted to know why I needed him. He finally gets up into the bathroom, I hug Wildchild before shoving him out of the bathroom. I show Aaron the test and just stand there laughing. Does that really say pregnant? Am I hallucinating? OMG, we are pregnant!! What. Are. We. Going. To. Do?!

Not that I am upset over being pregnant, but my mind immediately went to how to fit all the kids in the car. Yea, I am weird like that. I even came down after my shower and told Aaron “we are gonna need a bigger boat.”

We weren’t exactly sure at first how we were going to tell the kids. Do we wait? Do we tell them early, what if something happens after we tell them? How would we explain that to the kids. We knew we had limited time left with my nephew and my niece before they went home and thought it would be cool to tell all the kids at once. We had told my parents the night we found out, so no need to worry about them.

We had planned an early birthday party for the Wildchild for the Sunday before the kids left back for California. I figured we could tell him after he opened all his other presents. Since it was too short of notice to order a super cool “big brother” shirt, we decided to go with a letter board that I would just hand to him and I would read it for him.

He didn’t get what I said to him! NotSoLittleDude was the one who got it first “wait, you’re pregnant?!” Chaos ensued from there with all the older kids freaking out and Wildchild being more into his new Indominus Rex toy. He started getting more excited a few days later. I think he just needed a bit for it to sink in.

Now that we have had a couple of weeks for it to sink in, it’s time to start planning. I know, I know, we have awhile before this little one gets here. Planning things makes me feel calm though. What can I say, I am weird. We are planning a home birth with this child as well, so we will need to find a midwife that serves our area. We also need to figure out whether or not all the kids will fit in our car. By the time the baby arrives we will also have a 12 year old and 5 year old. It’s probably gonna be a tight squeeze on the weekends with have NotSoLittleDude.

In terms of our debt snowball, this means that we are pausing it until baby comes. Everything extra will go into savings until the baby is here and we are all healthy. Then, we will dump it all onto debt. It’s so scary to pause the snowball, but it is for a good reason!